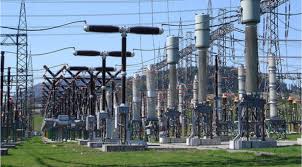 Aba, the commercial nerve of Abia State, despite concerted efforts by the federal government to ensure adequate power supply to the economic city have continued to experience untold hardship due to the inability of the current power providers in the state and the city in particular to provide adequate power supply that would help residents and business owners to carry out their businesses effectively.

This has affected the cost of production as most business owners depend on their generators to power their factories and warehouses. Many, who cannot afford to meet the cost, have either closed down or relocated out of Aba to nearby cities where there is minimal cost of production.

But the Former Minister of Power and Steel, Professor Bartholomew Nnaji, on Thursday in Aba after meeting with the members of the Aba Chamber of Commerce, Mines and Agriculture (ACCIMA) has given business owners and those hoping to setup businesses in Aba a lifeline, as he assured that the perennial and inconsistent power supply in the commercial city would soon come to an end.

Nnaji who is the Chairman of Geometric Power Limited (GP), a pioneer power project developer that built the first Integrated Power Project in Nigeria, said the company is now fully ready to begin power generation and distribution in the commercial town by next month (September) as every bottleneck has been settled.

The former Minister said he was in Aba to brief the business community on the company’s readiness to begin power generation, told newsmen at the premises of ACCIMA, that rehabilitation of infrastructure will be the first step towards the take off of Aba electricity business.

“Geometric Power as you probably know has been on the process of developing the first Integrated Power Project in this country and it’s here in Aba. The intention is to deliver absolute reliable electricity to industries, commercial outfits as well as the residential areas of Aba and its environs.

“The project spans around nine LGAs of the 17 LGAs of Abia State. In this project, we built 140 megawatts of power plant here. We built four additional sub-stations to add to the three already in existence when we arrived here making it seven sub-stations.

“The issue of power distribution is that if a particular transformer is overloaded then you cannot get power because everything shuts down. The way to solve that problem is to have enough transformers at various places, at sub-stations, the big ones before you begin to have other smaller injections of transformers.

“Then we already have our power lines which everyone has seen that we have built. Then we have our own gas pipeline straight from Shell which connected 27 kilometers from the power station to Shell. All these things have been built.

“When we finished all these things, the previous government the ring fence which was concessioned to us to the owners of Enugu Disco. Let’s call it a mistake because we went to court and we warn in court.

“And eventually the government mediated and it was done to be returned to us, but we have to refund what the people who bought it paid which is what we’ve spent time trying to do.

“The project stalled for seven years, but we are ready now to start and we came to talk to the business community in Aba that we are getting ready to start and the relationship we need to have with the business enterprises is what we are here to discuss. It has been a very torturous journey, but finally we are here.”

Speaking on the steps to be taken in the process of taking over and the required payment,  Nnaji said, “It’s settled on paper, but within the next month or so it will be finally settled. That’s the actual payment will take place.

“There are steps. First, our company will take over the network, and begin to rebuild it which will take about five months to do. We have to recheck the turbines and re-establish the warranty and all these things will be in that period of time.

“So, within that period, there’ll be a lot of activities in Aba to get the power structure as planned to be ready and that should start by September (next month).

He said their style of operation on homes will rely on smart metres for homes and industries. “We want it to be done as it’s been done now everywhere in the world with smart metres that will enable you know what you’re getting and at what cost you’re getting it. And that’s how it’s going to be.

“There’ll be massive installation of smart metres everywhere within our coverage. It will not be at the cost of the off taker. It’s who owns the metre that matters. So, normally it’s the company’s. Except in the case of the industry, there’ll be an arrangement.

“Because we want you to have confidence in the metre that you are using not just any kind of metre. For industry, they have industrial metres because of the amount of power involved. All the things we are doing now includes budget of metre and installation.

“Our goal has always been that always Aba will be the first city to have reliable electricity 24/7 going forward so that businesses don’t have to be power producers. They don’t have to worry about fuel and all that.”

Also speaking, the President of ACCIMA, Andy Ubah Obasi said that the coming of Geometric is long overdue and described it as a catalyst that will ensure industrial boom in Aba.

“To the business community, this is long overdue. The two things I’m picking from what the prof said here is reliability and that if. In this area those two words have being the bane of most of the production activities here.

“When you start producing and your production cost is more than what you get back, it doesn’t make sense and doesn’t give people incentive to continue and affect every other sector. We are ready to accept them. We are now looking at commencement date.”

He called on all the residents of Aba and its environs to cooperate with the company in all aspects so that the commencement date will be realized without delay.