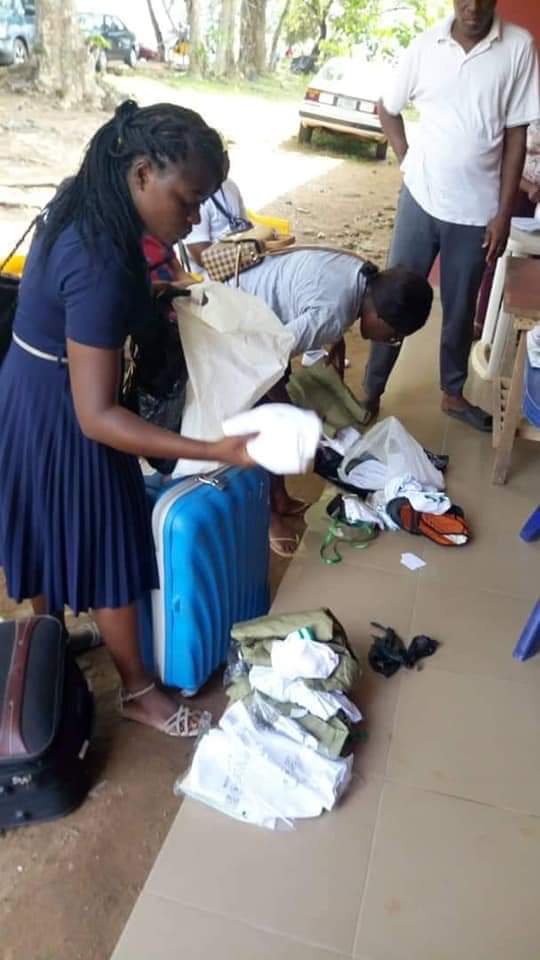 This was made known in a statement from the spokesperson of the NYSC in the state, Ngozi Ukwuoma.

According to the statement, they were spotted by the Camp Director, Isu Josephine, and her team during her routine morning inspection, wearing white T-shirts and skirts.

“When they were accosted and interrogated, they disclosed that they could not wear the white shorts and the trousers given to them by the NYSC since it was against their faith,” the statement read.

“Efforts were, however, made by the office of the Camp Director to make them see reason why they must obey the rules and regulations guiding the orientation and NYSC, but all efforts to do that proved futile”, the statement said

The spokesperson narrated that after efforts to make them change their minds were rebuffed, the matter was officially reported and the proceedings for de-kitting were initiated.

“The corps members were queried and subsequently made to face the camp court, where they were found guilty, having made it categorically clear that they were ready to bear the consequences of their actions”, she said.

Mrs Ukwuoma noted that the court recommendations were submitted to the camp Management and the Camp Director was directed to de-kit the Corps Members.

“They were de-kitted in the presence of security agents, who also escorted them to the gate as they left the camp”, the spokesperson added.