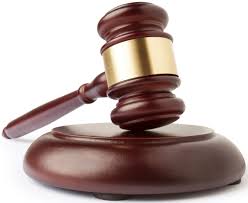 A High Court sitting in Enugu on Thursday restrained the All Progressives Congress (APC) from recognizing, Mr Ben Nwoye as the Chairman of the party in Enugu State.
Justice A. Liman, in his ruling after hearing an ex-parte motion filled by Chief Okey Ogbodo, also restrained APC from recognizing all persons elected at the Enugu State Congress of the party, pending the determination of the motion on notice.
Liman also granted an order for substituted service of all other processes connected with the suit on all the defendants by advertisement in any national daily.
Ogbodo who was reportedly returned as Chairman of the APC by a faction in the state was joined in the suit by some of the elected local government and ward chairmen of the party in the state said to be loyal to Ogbodo.
Joined as co-defendant is Chief John Oyegun, the National Chairman of the APC and Chairman, National Working Committee of the party.
Briefing newsmen after the court session, the counsel to the plaintiffs, Mr. Emmanuel Onyebo, said that the issues in contention surrounded the congresses of the APC in the state. Onyebo said that Ogbodo was on May 19 elected as the state chairman of the party during the congress of the party at Nnamdi Azikiwe Stadium, Enugu.
“It is worthy to note that on May 19, the APC state congress took place at Nnamdi Azikiwe Stadium during which my client was elected state chairman of the party.
“The next day being May 20, another group led by Mr Ben Nwoye purported to have conducted another election.
“On hearing this, my clients approached the court to restrain the APC from recognising any other person and for Nwoye to stop parading himself as the chairman of the party in the state,” he said.
Onyebo said that the court also granted request by the plaintiffs for the abridgment of time and accelerated hearing of the matter.
The matter was adjourned till June 6 for hearing.
READ ALSO:   Plenary Proceedings of the Abia State House of Assembly for Tuesday 8th October 2019. 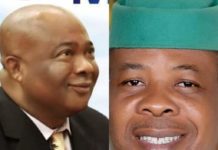 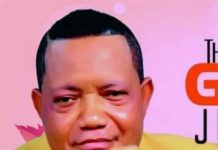 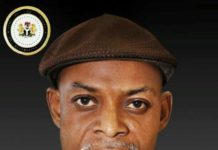 Abia; a far cry in human and physical development