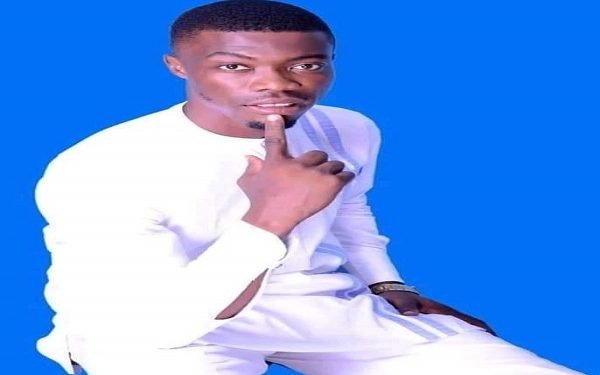 Omah, a patent medicine dealer who just returned from Christmas and New Year holiday last Saturday had been in the village since Wednesday, 23rd December, 2020.

Trouble started shortly after Esther was told by her friends that Chidinma travelled to his village to pay for the pride price of another girl he reportedly intended to marry; an allegation Omah vehemently denied when he was confronted by Esther.

Apparently not satisfied with the answers her lover gave her, Esther was said to have gone to a filling station with a gallon on Sunday evening to buy premium motor spirit (PMS) commonly known as petrol.

Esther who was said to have pretended that all was well came to her lover’s house in the early hours of Sunday, stayed with him all through the day.

They both ate food and played together throughout the night until both of them fell asleep, giving an indication that the tensed atmosphere has been doused, but Omah didn’t know that danger was lurking.

Information has it that Esther taken advantage of  woke up few minutes after 2am and went straight to where she kept the fuel opposite Omah’s house, poured the fuel at various corners of the room while the host was still sleeping. She ignited the room with matches and ran away immediately.

Omah who was badly burnt was said to have managed to come out, shouting that Esther has killed him.

He was quickly rushed to the Federal Medical Centre (FMC) Apir, Makurdi for immediate medical attention.

While giving details of the tragic event, an eyewitness and a neighbour to the deceased, Rose Stephen said, they perceived smell and sound of fire around 2am on Monday; they came out and discovered that it was Chidinma’s room that was burning. They did all they could but couldn’t stop the fire from burning him.

She further said both of them were having issues and were always going to police station in 2020, adding that Chidinma told Esther that he was fed up with her bad characters and was no longer interested in her before he travelled for Christmas and New Year.

Rose said she was surprised seeing them together shortly after Chidinma’s return from the village from Saturday till on Sunday.

Corroborating the story, another eyewitness and one of the closest friends to the deceased, Abraham Ebute said, Chidinma clearly told Esther he was no longer interested in the relationship with her because of her unruly behaviour and criminal tendency.

Omah was once arrested because his girlfriend was traced to his house after allegedly stealing a handset belonging to an Air Force Officer.

Ebute added that, Esther also had stolen the deceased phone before he travelled home and promised returning it to him after his arrival, not knowing that her plan was to kill him.

He said, he rushed to their neighbour’s apartment along with his other friends only to discover that he was burnt to death.

The PPRO said investigation is still ongoing to unravel the ugly situation.

Charred remains of mattresses, pillows, cloths and other materials belonging to the deceased were seen littered outside the compound at press time

The deceased body was being conveyed to Nsukka by his parents who were already in Makurdi as at the time of filing this report. 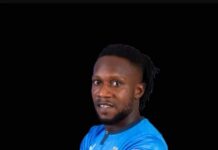 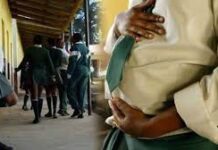 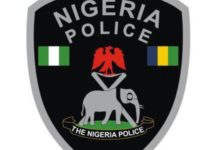