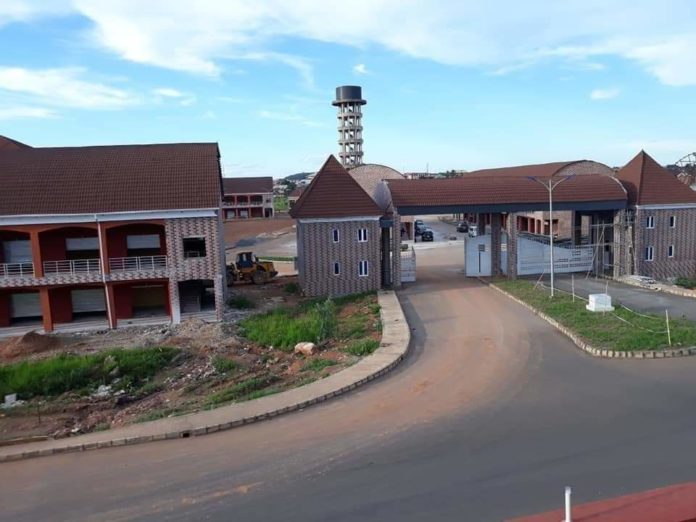 The International market which was constructed by the state government with modern facilities has over 8,000 shops.

It is located on the Tran-Saharan highway in the Ebonyi State metropolis.

Investors outside the state have started bringing in their goods into
the state to sell in the market.

The government constructed, banks, hospital and overhead bridges and car parks to ease traffic congestion in the market.

According to a release signed Chairman of the Central Committee for
movement of traders into the International market and Secretary to the State Government, Dr. Kenneth Ugbala, traders will start relocating
to the market from 3rd of next month.

The statement said traders that deal on textile and baby wears, fancy
dealers, provisions and Wine beverages, cosmetics and attachment
dealers will move into the market on the 3rd of next month while those
that sell stationeries, medicine, kitchen utensils, articles, and jewelries will move on 5th February.

Following the completion of works at the Margret Umahi International
Market and the agreement with the various market unions, the movement of Abakpa and Hossana Traders to the new International market has been
scheduled as follows:

The release further noted that traders that deal on footwears and
Rubber slippers, electronics, electrical, phones, and accessories will
relocate to the market on 6th and 7th February.

Traders that sell bags, luggage, miscellaneous goods and bicycle parts,
kanda (pomo), foodstuff and allied commodities will move on 8th, 9th and
10th February, 2020 according to the statement.

“The traders are advised to adhere to this arrangement and comply
strictly, as government will not adjust the time table again”, the
statement reads in parts.

Speaking to journalists in Abakaliki, Special Assistant to Governor
Dave Umahi on Media, Francis Nwaze said the market will provide
employment opportunities for the youths, increase the state Internally
Generated Revenue(IGR) and connect the state to the world, describing
the market as macrocosm of microcosm.

He noted that investors are already trooping into the state to invest
in the market.

Meanwhile, traders at Building Material market, Abakaliki, the state
capital have expressed their preparedness to relocate to a new place
allocated to them by the state Governor, Chief Dave Umahi on 10th of
next month.

The traders who commended the state government for approving a new place for them said work was seriously ongoing at the new site to ensure the 10th February relocation deadline was met.

Chairman of the State Building materials association, Ifeanyi Nwudele
stated this while speaking with journalists in Abakaliki.

“We thank the state Governor for extending the relocation deadline.
The relocation was shifted to 10th February 2020 instead of the
earlier 10th January 2020.

“We thank him for giving us a place our members(traders) accepted and
we assured him that on that 10th February we are expected to relocated
to the new site, we must abide by it. We are fully ready to relocate
to the new site and that is why we are working day and night on the
new site so as to meet up the relocation deadline. We can’t oppose
the government on the relocation order

READ ALSO:   Sun Newspaper management reacts to EFCC sealing of corporate office
Disclaimer: infonte9ja.com shall not be liable to Opinions, Articles or Features that doesn't emanate from any of its staff and management. We also wish to reiterate that such personal or sponsored opinion, article or feature does not reflect the views of the publishers of infonet9ja.com, but the writer's For publication of your news content, articles, videos or any other news worthy materials, please send to infonetnews9ja@gmail.com | For Advert and other info, you can call 09061217047 or send a WhatsApp Message to 09061217047