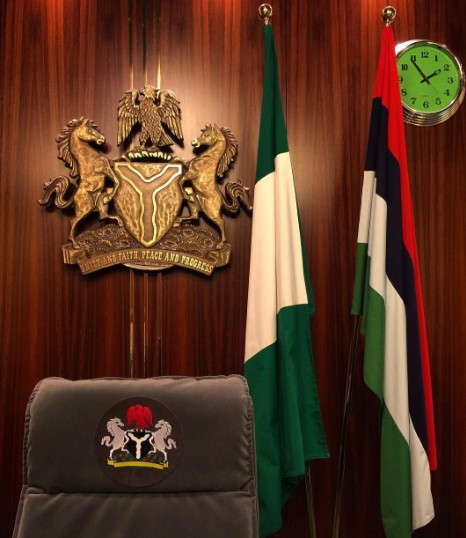 As the dust raised by 2019 the general election is gradually settling down following the conclusion and ruling from different courts including the Supreme Court and another election year drawing close, various individuals and regions have started setting structures and making noise ahead of the 2023 General Elections.

However, the most topical issues already being discussed among Nigerians are not only who will succeed President Muhammadu Buhari, but of what region will the next President of the country emerged from.

While some people believe that it was the time for other parts of the country to rally round the Igbos to produce the next President for equity sake, others believe that election is a contest where everyone should be given the opportunity to seek for an elective position of interest as long as the aspirant meets the constitutional requirement for such an elective position.

In an interview on Saturday in Aba, the commercial nerve of Abia State, a political analyst, Gilbert Onyema expressed fears that the two dominant political parties in Nigeria (All Progressives Congress, APC and Peoples Democratic Party, PDP) may not be gracious enough to allow an Igbo man to be their presidential candidate.

“Igbo presidency in 2023, for me, is practically impossible. Are you talking about PDP or APC giving the Igbo man the presidential ticket? I doubt if that will happen.

“My brother, PDP will prefer to give their ticket to the likes of Atiku and even Kwankwaso than giving it to an Igbo man. Forget about the fake romance the likes of Orji Kalu, Rochas Okorocha and others are having with the North.

“The North or West as far as I am concerned will not back any call for an Igbo President.

“APC as far as I am concerned will even give their ticket to Tinubu, Osinbajo as Buhari’s successor than giving it to an Igbo man.

“Let us be realistic, who do you think that the two major parties can give the ticket among the known Igbo personalities? Kalu and Okorocha who many are pointing at are all having one corruption case or the other and you don’t give the opportunity for your enemy to see the space to shoot you.

“Being the president of Nigeria for Atiku Abubakar is a mission that he must accomplish. The way Atiku is going about it, it seems like it is the only project that he wants to achieve maybe before he takes his bow from active politics. He has tasted power to Vice President and going by what allegedly happened during the PDP Presidential primaries I  port Harcourt, it seems like there is something that Atiku forgot in Aso Rock and even it means spending his last money, I am pretty sure that Atiku will do that to be the President of this country. I am sure that if you ask Atiku to allow his 2019 running mate, Mr. Peter Obi to fly the flag of the PDP, if he (Obi) will be interested in politics come 2023, Atiku will rather leave PDP for another party to run. Because he knows that Obi no matter the level of support he might enjoy among the PDP and his kinsmen including the Northerners, Atiku will always win him in primaries and even in the election proper.

“When you have the likes of Atiku still interested in politics and in PDP too, you don’t expect the likes of APC that wants to retain power beyond 2023 to give the presidential ticket to an Easterner.

“They will definitely cede power to the place where they think that they can get vote which election results have proven that you don’t rely on the Southeast for popular votes. We have witnessed elections in this country and we have seen how many votes that were garnered in the East or even South-South.

“We all saw what happened when the like of Moghalu and Oby Ezekwesili aspired and contested in 2019. If you are talking about smaller parties like APGA (All Progressives Grand Alliance) and others giving an Igbo man the presidential ticket, I can tell you that it is possible, but not for PDP and APC. APC wants to retain power beyond 2023, PDP wants to take over power from APC by all means, and therefore, they will push equity aside to achieve their aims.

“But if we are thinking of balancing power and ending the agitations in the Southeast including quelling the agitation by Biafra Separatists, it is important that an Igbo man is given the opportunity to rule the country.

“Beyond that look at various businesses that have been managed by the Igbos, they have survived ages. You might say that managing business and governance are not the same, but there are some yardsticks that have shown that Igbos are not only good business managers but can manage the economy of the country very well. Think of the contributions of Nnamdi Azikiwe, Chukwuma Soludo as the CBN Governor, Ngozi Okonjo Iweala as the Finance Minister, Dora Akunyili in NAFDAC, Ndi Okereke Onyiuke, Godwin Emefile, Ibe Kachikwu among others.

“Igbos are no doubt factors when you talk about managing the economy and governance in this country. The only thing that needs to be done is for them to begin to participate actively in politics. They should make their region count and if the need be, let the political big weights ensure that they provide buses and other means of movement for Igbos in other parts of the country to come back home to vote in the East. They have the population, but the point is that the population of Igbos in other parts of the country is greater than those who are living within the East.”