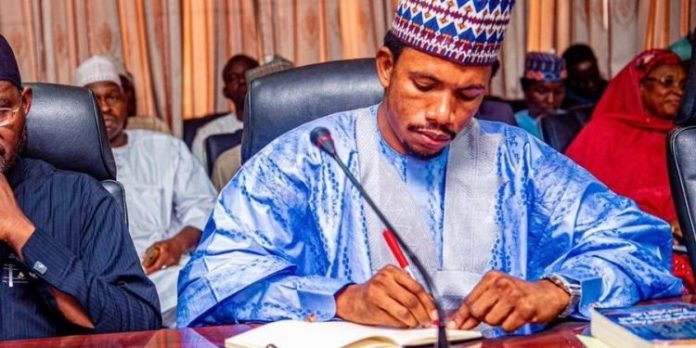 Senator Ishaku Abbo has alleged security forces are aware of the hideouts of bandits that killed his uncle at Muchalla ward in Mubi local government area of Adamawa.

The gunmen killed his uncle in the early hours of Saturday and made away with his step mother during the invasion of the family’s residence.

The senator, who is undergoing investigation over alleged assault of a lady in an Abuja sex toy shop, alleged military and police personnel know the kidnappers’ hideout, which he claimed is two kilometres outside Mubi town.

He alleged the security forces have curiously failed to dislodge the criminals.

In his statement to journalists in Abuja on Saturday evening, Senator Abbo said that about thirteen gunmen wielding Ak-47 rifles killed his uncle.

“About 13 gunmen armed with AK 47, invaded my family house around 1 am on Saturday and shot my uncle dead.

“They dragged my father and brothers out of their rooms and went after my stepmother when they were told that my biological mother was late.

“They took the poor woman away and left behind, her 11 day-old child; my stepmother is still with the kidnappers now and the kidnappers have called me with a Cameroonian MTN number but they are yet to demand ransom.”

“The Federal Government, the military and the police are not doing enough in the aspect of insecurity in this country.

“The security agencies and the military know the hideouts of the criminals but they will not go after them.

“Of what use is the Army barracks and the Mobile Police base in Mubi when they cannot enter two kilometres into the bush and dislodge the kidnappers?

“The kidnappers are using the ransom they are collecting to fund terrorism in this country, that’s just the truth,” Senator Abbo stated.