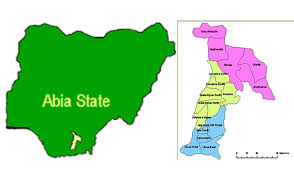 Six commissioners who have been described by many as integral members of the Governor Okezie Ikpeazu led administration survived the recent cabinet dissolution of the Abia State Executive Council by the state government.

This is coming some days after the state government had dissolved board members of 32 ministries and agencies of the state.

A release signed by the Chief Press Secretary to the governor, Mr. Enyinnaya Appolos stated that Ikpeazu wishes to express his sincere appreciation to the outgoing members of the executive council for their service to the state and directs that they hand over to the relevant Permanent Secretaries.

Sources within the government circles disclosed that there has been intensive lobbying going on among the old EXCO chamber members seeking for reappointment while some that are seeking for appointment have been reaching out to people in government within and outside the state who could help to influence their appointment into various positions in the state.

Meanwhile, with the return of the governor to the state after being away for about three weeks, activities within the government house is said to commence by next week with the governor expected to take some key decisions next week.

Sources told our reporter that the committee on the inauguration of Ikpeazu into office for the second term which has Eziuche Ubani, John Okiyi, John Ahukanna Obinna Oriaku among others as members is expected to brief the governor on the preparation ahead of May 29 swearing-in scheduled to hold at the Umuahia Township stadium.

READ ALSO:   COVID-19: Abia turns back human cargoes stowed away in Dangote and other trucks