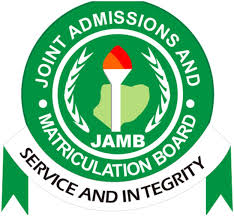 The Joint Admissions and Matriculation Board (JAMB) on Saturday released the results of 1, 792, 719 candidates who wrote the 2019 Unified Tertiary Matriculation Examination (UTME).

“We released the 2017 and 2018 UTME results almost within 24 hours of each session to convince the doubting Thomases that the expeditious release of CBT results was not beyond our capacity.

“At the release of the 2018 results, we publicly announced that the results of 2019 UTME would not be released until we subject the procedure to some scrutiny with a view to ascertaining the degree of success of the structures, infrastructure, policies and processes put in place to checkmate the not very few among us who believe in the pervasively illegitimate means of achieving set ambitions and goals. These are the elements that are proudly committed to the system of rot.

“Being a global menace, every serious country is confronting examination malpractice frontally in order to safeguard the integrity of the system.

“We need the cooperation of all Nigerians to sanitize the system and ensure that not only do we do thing right, we also do right things. There are sufficient illustrations of the globalisation of the menace in the public domain. The good news is that all right-thinking people appreciate the danger inherent in examination malpractice and are all committed to its elimination.”

He advised candidates to check their results through the phone numbers they used for registration.

“Candidates are advised to use the phone numbers they used to register to text RESULT to 55019.

“For the first three days or between now and Monday, the only means of checking the results of candidates would be through the Short Code (55019). This is to ensure that fraudsters who would want to exploit candidates by reproducing messages and sending such messages to them are frustrated. It is also to prevent those whose results are withheld from wasting their money at cyber cafes or creating unnecessary crowd at CBT centres.

“There is no need to approach any CBT Centre or cyber café to check results. Those who were ABSENT, got their Registration CANCELLED or have their results WITHHELD will be told.

“The board has decided to send both photo and biometric details of candidates to Institutions. We have also put bar codes on the result slips that candidates will be printing. The essence of this is that once a candidate approaches an institution for Post-UTME screening, the institution will use the bar code scanner to authenticate the candidate. However, if a candidate brings a manipulated slip as the case may be at times, the Institution can type in the registration number to ensure that it is not a fake slip that is presented.

“Candidates who presently enjoy undue favour of benefit of the doubt will then be exposed and more results can then be cancelled for post examination fraud- attempt,” he said.

The registrar said this year’s examination was infiltrated by overzealous parents and professional examination fraudsters who engaged in impersonation in connivance with operators of CBT centres.

He said the results of this year’s exercise would have been compromised if not for the resistance of the system the board put in place, the integrity of its staff and some noble Nigerians who assisted the board during the process.

According to him, the examination was characterized by multiple registration, impersonation and manipulation of biometrics.

Others are collusion of some private CBT centre owners with parents, syndicates of some closed centers, deliberate disruption of the examination process and extortion of candidates.

He said manipulation of biometrics and impersonation were discovered in Anambra, Bauchi, Delta, Borno, Imo and other states.

Prof. Oloyede said a staff of the board was paid N1,760, 000.00 in two centres in Akokwe in Ideato Local Government Area, Imo state to compromise the examination.

The registrar said the staff is under investigation along others who were provided free accommodation by owners of CBT centers during the examination.

The registrar also said the board has de-listed or suspended 116 centres for various infractions during the examination.

“A total of 116 Centres have been delisted or suspended. Out of this number, 18 have been sanctioned by the Governing Board of JAMB with suspension for between one and three year for registration related misconduct,” he said.

However, a 15-year-old boy from Abia State has emerged the best candidate of the just concluded UTME after reportedly scoring 347.

Similar, a 16-year-old boy from Abia State came second by scoring 346 marks just as a 17 year old from Osun State trailed behind with 345, considered by the board as the third best result in the 2019 UTME.

But the Registrar of JAMB, Prof Ishaq Oloyode, who announced this at a media briefing, Saturday, however, said the best candidate may not be admitted in the University of Lagos,which he chose as his first choice because of age.

He gave the names of the three best candidates as Ekene Franklin: Igban Emmanuel Chidiebube and Oluwo Isaac Olamilekan Oloyode did not disclose the intended courses of the best performing students.