The radio debate between candidates of various political parties participating in the Saturday March 27 bye-election holding in Aba North and South Federal constituency has been canceled.

Recall that this medium had informed the general public that candidates of APC, PDP, APGA and AA will today Abians especially Aba North and South electorate reasons why they should be voted for come Saturday through some selected radio stations in Aba, the commercial nerve of the state and Umuahia, the state capital.

But while Abians were eagerly waiting for the commencement of the debate, the organizers issued a statement announcing the cancellation of the earlier planned debate.

Mr. Emenike Iroegbu in a statement on behalf of the debate organizers disclosed that Peoples Democratic Party (PDP) candidate Honorable Chimaobi Ebisike and the All Progressive Grand Alliance (APGA) candidate Honorable Destiny Akaraka Nwagwa didn’t accept the invitation to appear on the programme, adding that efforts to reach and convince both PDP and APGA candidates yielded no fruits.

Cancellation of Enyimba debate and the reasons

1. The Abia State Debate Team is made up of Radio stations and prominent online platforms based in Abia State.

2. The group in 2019 organized the biggest gubernatorial debate ever in Abia State.

3. The group saw the need for Aba people to hear directly from the candidates of different political parties contesting for the 27th March 2021 bye election in Aba North/South federal constituency.

4. We had Flo Fm, Reel Fm, Vision Africa Radio all ready for a simulcast and prominent online platforms ready to stream the debate live with a target audience of over 1 million listeners and viewers.

5. We believed that via this debate Aba people would have been able to rate the capacity of the candidates and decide the person capable enough to represent them.

7. Based on the above, we are cancelling the debate and we are equally apologizing to ndi Aba and Abians for the lost opportunity to hear directly from the candidates.

8. It is important to emphasize that until politicians begin to subject themselves to public scrutiny, delivering of dividends of democracy may still be wishful thinking.

Thank you and God bless 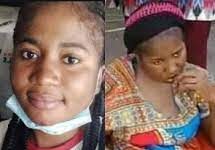 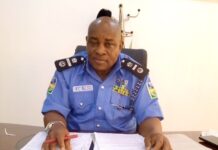 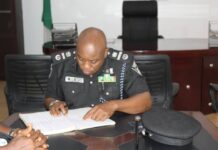