Delta police on Monday arrested a mortuary attendant in Oghara, Ethiope West LGA following the disappearance of the corpse of a 58-year-old woman, Mrs. Patience Amughoro, from a private hospital.

The Nation gathered that the deceased died last year after a brief illness.

It was learnt the family had planned to bury her on February 20, but we’re stunned when on Saturday they arrived the morgue to find the body missing.

READ ALSO:   Traders lose over N400m to fire in Aba

A family source who identified himself simply as Okiemute said the morgue attendant had earlier presented a body but on close examination discovered it was not Amughoro’s body.

His words, “That was when he began searching, pacing up and down looking for the body before admitting the body was missing.”

Continuing, “We were shocked. There was no explanation. We had made arrangements to give our aunt a good send-off, and it hurts that we don’t have her body.

Another source said, “We were surprised that a whole dead body could go missing from mortuary. I have never heard of corpse developing legs and leave the morgue.” 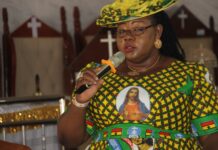 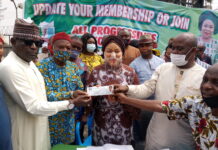