Enyimba’s new winger, Chukwudi Esobe, popularly known as Achi, has declared that he is at Enyimba to help the team win silverware and that he sets his eyes on his Super Eagles debut. The pacy winger spoke with journalists in Aba in an exclusive interview

Esobe has played for Gabros of Nnewi, Akwa Starlets now known as Dakkada FC, Kwara United, Bayelsa United, Gateway and now in Enyimba. The winger was a delight to watch at the Governor Okezie Ikpeazu preseason tournament which Enyimba won.

The dazzling winger spoke on his journey to Enyimba and his stint with the national U23 team. “I’m here in Enyimba today to make a difference. I have been in the Nigerian National Team with the U-23 in Siasia’s team before I got injured and withdrew from the squad that would go to the U-23 African Cup of Nations. I’m happy to be here in Enyimba to make a difference.”

Achi’s transfer to Enyimba was not an easy one. Enyimba had to go the extra mile to snatch him from Rangers International. He spoke about what motivated him to come to Enyimba “Everybody knows that Enyimba is one of the best teams in Africa. So it is a dream come true as a footballer for you to play for Enyimba, that is what motivated me to be here today”

READ ALSO:   Saraki, Dogara advised to resign or be expelled from the party

Every footballer has a role model who he patterns his game after. For Esobe, his role model is former Enyimba winger, Stanley Dimgba, who now plays for Stellenbosch in South Africa. “In Nigeria I have a very good friend of mine, we started together when we were very young, Stanley Dimgba also known as Sopuruchi. He is my very good friend. I always watched him; he started ahead of me. Anytime he plays, I come to watch him and I feel good that my friend is playing and he motivates me to come and see his games. When he heard that I was at Rangers, he persuaded me to come to serve my state”

Although Esobe is believed to be a direct replacement for Stanley Dimgba at the club because of his playing style, he has yet to play many games for the side as he should, but he says that he believes that he will one day play for the team and win silverware with them. He responded to a question about his bench role in the team

“As a footballer, I cannot say this or that is the reason because I believe that one day I will be featured. I am here to play and help the team to win silverware.”

He said he does not regret coming to Enyimba because he knows that one day, his style of play will suit Coach Fatai Osho’s plan and he would be called on to exhibit his skills

Achi said that he would like to play for Chelsea, Barcelona and for a team he described as “almighty” Real Madrid and Liverpool, if he leaves the country to play abroad

Talking about his chances of playing for the Super Eagles, Achi believes that he will play for the team one day “I believe one day that I, Chukwudi Esobe, will be among the players that will wear that green colour of Nigeria’s Super Eagles.” He said that Gernot Rohr is trying his best and that his watching the NPFL is an advantage to the players in the Nigerian league. “He is trying his best. I’m very happy that he is now watching NPFL unlike before. From now, he can be selecting we the NPFL players.

He said that though many players have their different styles of play, he believes coach Gernot Rohr will like his style of play and that he would make a difference in the team

The winger is a proven goal scorer who hardly goes on a goal drought. The winger is also described by his fans as the “Bringer of Goals” after his exploits in the different clubs he has played for and his performance for Enyimba during the preseason friendlies where he created many chances as Enyimba went on a scoring spree 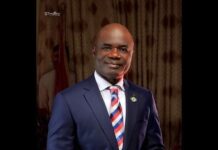 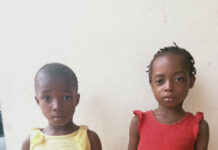 Aunt drives nieces out from home in Calabar and this happened 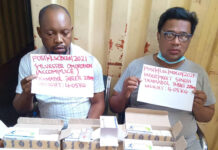