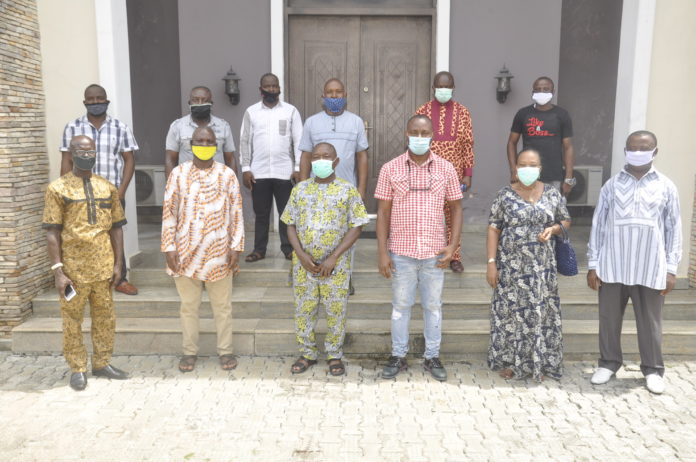 The leadership of the All Progressives Congress (APC), Abia South Senatorial District has backed the appointment of Prince Paul Ikonne as the Executive Secretary of National Agriculture, Land Development Authority (NALDA).

They described Paul Ikonne as a thorough breed who has vast knowledge in management of human resources adding that his years of experience as a public officeholder and astute administrator will help him to ensure that the policies of the Presidency towards agriculture will be implemented.

Speaking to journalists in Aba, the commercial nerve of the state, spokesman of the group and the Zonal Chairman of APC Abia South, Mr. Chikezirim Orji described Ikonne’s appointment by President Buhari is going to not only boost the moral and confidence of the party members in the zone.

According Orji, ”we are here to thank Mr. President, the Commander-in-Chief of the armed forces for a very wonderful thing that he did for the APC in Abia State and Abia South Senatorial zone in particular by appointing one of our sons as the Executive Secretary of National Agriculture, Land Development Authority (NALDA).

“Remember that his eminence, Eze Isaac Ikonne was the only traditional ruler in the Southeast to welcome and confer on President Buhari, the Ogbuagu chieftaincy title in 2015, which came with several attacks from the government of the day who did all that they could to persecute the traditional ruler for his courageous act.

“It is not an elevation for the family of His Eminence, Eze Ikonne, but we also see it as one of the elevations in Abia State APC having appointed one of the bonafide members of APC and founders of APC in the state. He is also the former governorship candidate of ACN (Action Congress of Nigeria) that merged into APC.

“The President has done nobly by appointing Prince Paul Ikonne who is not just the son to the revered monarch, but one of the key members of APC and former zonal chairman of APC in Abia South. That is why the leadership of APC, Abia South where Paul Ikonne comes from has gathered here to thank Mr. President.

“We equally want to appeal for more appointments in Abia South and Abia State in general because there are several other leaders who fought with their last money and blood and are expecting that they will be compensated as well.

“This will encourage us to go a long way in building APC in our zone and to work harder in upcoming elections.

“Paul is a very committed person. He is an articulate person. It is his kind of person that the President needs to work with. He has held many positions in the state in the past. A lot is expected from him because they said that to whom much is given, much is expected.

“Abians are looking forward to employment and a lot that will be coming up from that particular agency. It will also help to unite and build Abia APC because others will be hopeful that good things will come, unlike in the past when somebody (Okechukwu Emelamah) was appointed a Minister that we didn’t know him nor associate with him.

“We are sure that with his appointment as the Executive Secretary of NALDA, he will help Mr. President to drive his agricultural policies and programmes which we are sure will ensure that there will be abundance of food, especially at a time like this when the federal government is laying much emphasis on agriculture and food production.

“Paul is creative and you know that the creation of the agency is to further drive the agricultural agenda of the president especially as Nigeria is thinking towards an alternative source of income from oil, through agriculture. Given that Ikonne is a wise man, we are sure that he is going to improve every project the federal government wants to drive through agriculture.”