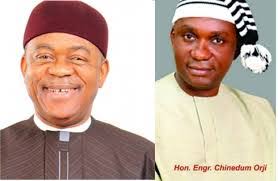 The Speaker Abia State House of Assembly, Rt Hon Chinedum Enyinnaya Orji has vehemently rejected the apology by the owner of one of the popular blogs in the country; Igbere TV, Mr. James Emeh concerning the report about the arrest of the speaker and his dad, Senator Theodore Ahameule Orji representing the people of Abia Central by the Economic and Financial Crimes Commission (EFCC).

A release by Mr. Jude Chijioke Ndukwe, Chief Press Secretary to the Abia State House of Assembly Speaker read “The “Apology” by Igbere TV to the Abia State Speaker, Rt Hon Chinedum Enyinnaya Orji MNSE, and his father, the former Governor of Abia State and Senator representing Abia Central at the Senate, His Excellency, Senator T.A. Orji, is nothing but an afterthought laden with deceit, mischief and malice hidden in the garb of pretentious virtue.

“When we see a truly heartfelt apology borne out of genuine repentance, we know it. But this one by Igbere TV after making himself cheaply available to be used by political elements to attempt to wickedly but futilely disparage Mr Speaker and his father, Senator T.A Orji, is both insincere and banal.

“Having done their worst and seeing that all their evil machinations against Mr Speaker’s family are not working, the Igbere TVs of this world are now given to further deceive the public by putting up a lame and dispirited apology. Their game has failed!

“Finally, we urge Abians to beware of political merchants who parade themselves as bloggers but who will do anything including faking their own kidnap, “death and resurrection” to vainly attempt to destroy others just for filthy lucre. “ 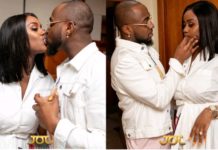 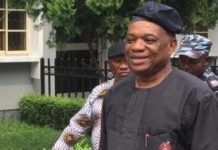