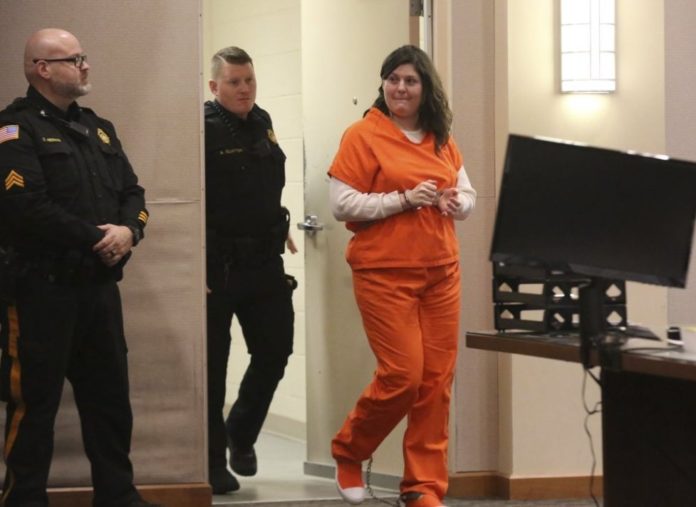 A woman who pleaded guilty in the beating deaths of her mother and grandmother in their New Jersey beach home was sentenced Thursday to 42 years in prison.

Heather Barbera, 43, used a nightstick to bludgeon 67-year-old Michelle Gordon and 87-year-old Elaine Rosen in their Ventor condo in July 2018, authorities said. She then stole the victims’ cash and credit cards. She was arrested a few days later

“There is no more heinous, cruel or depraved crime than killing one’s own mother and grandmother,” she said.

Barbera apologised in court, saying: “I never wanted any of this to happen.” Her lawyer told the judge that Barbera was part of a “toxic” family.

READ ALSO:   Enugu community launches manhunt for 23-year-old gay
Disclaimer: infonte9ja.com shall not be liable to Opinions, Articles or Features that doesn't emanate from any of its staff and management. We also wish to reiterate that such personal or sponsored opinion, article or feature does not reflect the views of the publishers of infonet9ja.com, but the writer's For publication of your news content, articles, videos or any other news worthy materials, please send to infonetnews9ja@gmail.com | For Advert and other info, you can call 09061217047 or send a WhatsApp Message to 09061217047

Under a plea agreement, Barbera would be eligible for parole after serving 40 years.