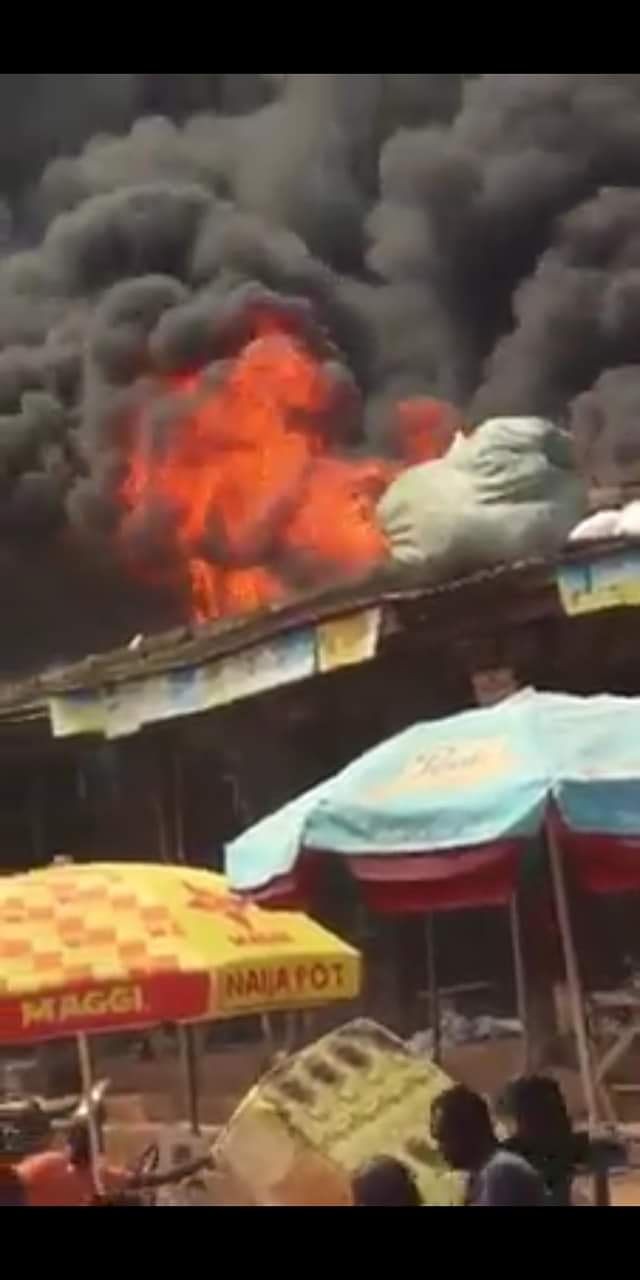 Ogbete Main market nearly went up in flames but for the prompt response of combined efforts of the State Fire service, traders and market security personnel.

What could have been a new year fire tragedy was averted this morning by traders, using fire extinguishers of various sizes provided by governor Ifeanyi Ugwuanyi to the market.

Recall that Enugu State Fire Service led by Engr Okwudiri Daniel Ohaa had embarked on sensitization and education of traders on how to combat fire out breaks using fire extinguishers provided for them by the state government.

READ ALSO:   65 arrested for holding a party in Lagos despite lockdown order

That training paid of today when the traders and security men led by Fela,used the knowledge gained from the fire training program to put out the inferno and stop it from escalating.

The fire which started at a foam shop rampaging to adjoining shops was immediately arrested by traders making good use of the fire extinguishers installed in all corners of the market to combat the fire before prompt arrival of the state fire service.

Speaking at the scene of the incident, the Chief Fire Officer, Enugu State, Engr. Okwudiri Ohaa expressed happiness that the traders lived up to expectation by putting their fire training knowledge by the State Fire service to work before his men could arrive the scene.

Engr. Ohaa appealed to traders to be careful and always be on the lookout especially this harmattan period to avoid fire desaster in the market emphasising that the market authority should make the roads leading to and around the market accessible to fire trucks in case of any eventuality.

The Fire boss regretted that his men fought so hard for about half an hour to gain access into the market.

He thanked the state governor for the provision of fire extinguishers in the market and for his support to the State Fire Service pointing out that the governor’s proactive measures had saved the situation.