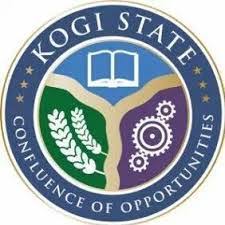 Coalition of Civil Society Groups accredited by the Independent National Electoral Commission (INEC) to observe the Kogi State governorship and Kogi West Senatorial re-run have condemned calls in some quarters for the cancellation of last Saturday’s poll.

The coalition at a post-election press conference in Lokoja, noted that the pockets of violence and ballot snatching did not undermine the fairness and credibility of the election.

Reading from a prepared text, the Nation Coordinator, Comrade Peter Nwokolo, called for the prosecution of those that perpetrated violence and their sponsors, on the day of election.

According to him: “Coalition affiliates jointly or severally observed the elections in all polling units across Kogi State and our views here constitute a composite/bird’s eye view of our observations.

“The elections were smooth and successful in most areas across the state as observed by our members.

“Elections in a few polling centres were marred by violence, ballot box snatching and other forms of disruption, by hoodlums, some of them in police uniform, working for unknown principals.

“The coalition calls on the Nigeria Police and other law enforcement agents to unearth the faceless individuals behind such criminal activities.

“As said earlier, coalition observed incidents of violence, which affected a few polling units across the state. The severity of such incidents was more pronounced in certain areas, particularly Lokoja. This is because of the sophistication of the operations in the affected units in the state capital.

”Coalition must, however, note that while the worst act of violence disrupted polling in the affected units, the actual damage to the electoral outcomes remained minor overall.

“In comparison to franchised rigging malpractices such as hijack and unlawful thumb-printing of ballots on a massive scale, ballot box snatching tends to affect much fewer votes and it is a wonder that politicians and their thugs still resort to it.

“In concluding, coalition states categorically that the 2019 Kogi State governorship election held last Saturday, were largely free, fair and credible. The observed anomalies reported above, including the incidents of thuggery and associated violence, were comparatively too few and ineffective to justify the calls from some quarters for total cancellation of the entire elections. The INEC is advised to ignore such calls as misguided.”