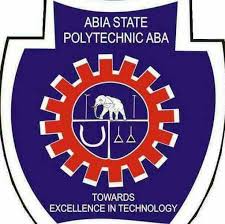 The student leadership of the Abia State Polytechnic, Aba has warned the 2019 gubernatorial candidate of the All Progressives Grand Alliance (APGA) Dr. Alex Otti and other politicians in the state to desist forthwith, using the institution in scoring cheap political point.

Abia Poly students who made this known through the institution’s Student Union Government President, Comrade George Nwankwo in a Press Conference said that they were in support of the ongoing reforms being carried out in the school by the state government.

This is even as they expressed hope that the action of the government will help to bring sanity to the polytechnic community.

The student leader, who denied that the students had barricaded major roads around the institution or rained abuses on the government of the state, described the recent interview granted by Otti to journalists in Lagos where Otti has stated that the students even tore posters and billboards of Gov. Okezie Ikpeazu as false and misleading.

READ ALSO:   READ UP THE FULL DETAILS OF THE HATE SPEECH BILL

Nwankwo who also debunked that the school was shut down by NLC leadership in the state warned that the students of the polytechnic may be forced to take action against that they deemed feat against any individual that may want to play politics with the institution.

The Release in full

Our attention has been drawn to Press Statement credited to Dr. Alex Otti who reportedly addressed a Press Conference in Lagos on Monday 7th of October, wherein he stated among other things that Abia State Polytechnic has been shut down by angry NLC leadership because dozens of staff of the institution were sacked by the government and that a few days ago thousands of students of the institution barricaded major roads around the institution as they rained abuses on the government and tore the posters and banners of the governor which were hung by sycophants in every nook and cranny of the institution, Dr. Alex Otti had also been quoted as saying that the students’ protests was in solidarity with their oppressed teachers who are victims of government’s insincerity.

We wish to state unequivocally that those statements were tissues of lies. They are figment of the imagination of those who peddle such malicious information on an institution that parade the quality of students they have.

Such people like Dr. Alex Otti do this to showcase themselves as not only enemies of the people, but more heinous enemies of the Nigerian students in Abia State Polytechnic.

At no time did NLC shutdown our institution on the said date and the polytechnic remains open with academic work going on as usual and with exams to begin on October 14, 2019.

It is also not true that thousands of students of the institution barricaded major roads around the school or rained abuses on the government and tore the posters and banners of the governor.

If not for anything, Abia Poly students and our parents appreciate the ongoing reforms in our institution aimed at repositioning it for continued excellence.

It is instructive to note that when the governor visited our institution on October 2, 2019 and was welcomed by a horde of Nigerian students in Abia Poly because we appreciate what he is doing to reposition our polytechnic.

Again on October 9, 2019, the Nigerian students through the Department of Engineering and the Department of Public Administration honoured the governor with the most students’ friendly award in belief that this repositioning will bring about enhanced welfare for the students and staff.

These events took place in the very polytechnic that was alleged to have been shut down by NLC as claimed by Dr. Alex Otti.

We wish to use this opportunity to call on Dr. Alex Otti and well-meaning Abians to desist from playing politics with our great institution or we will be forced to take actions and students deem feet.

We have had enough. Anybody who loves Abia State Polytechnic students should support us than using our institution as political bait. This is an academic community and not a political playground.