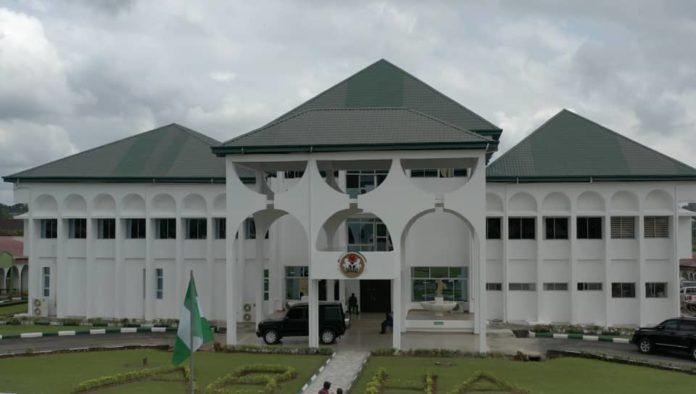 The lawmaker representing the people of Isiala Ngwa North State Constituency in the Abia State House of Assembly (ABHA), Hon. Ginger Onwusibe has raised the alarm over what he described as the continued harassment of members of his constituency by the personnel of the Abia State Command of Nigeria Police Force (NPF).

This is even as the member representing the people of Ikwuano State Constituency, Hon. Stanley Nwabuisi has equally drawn the attention of his colleagues on the deplorable state of the federal road (Umuahia-Ikot Ekpene Expressway) which passes through his community.

Hon. Onwusibe, who brought the matter during plenary, under Matter of Urgent Public Importance (MUPI), lamented incessant harassment of his constituents by law enforcement agents personnel.

According to the lawmaker, the lives of members of his constituents who by nature are agrarian have come under threat as a result of incessant harassment from security agencies, especially the police.

“As you may know, Mr. Speaker, my constituency is an agrarian area. Recently, it has been observed that members of my constituency are beings harassed indiscriminately by security agencies.

“Mr. Speaker, my colleagues, as I speak now, the economic life of my people has come under threat following the harassment of security agencies especially the police.

“For a farmer to transport his produce from his farm to the market, he will encounter policemen who will extort money from them”

“Mr. Speaker, it is the kite that said “Since men have learnt to shoot without missing, it has learnt to fly without perching.

“Just recently, Mr. Speaker, Honourable Colleagues, we know the incident that happened at Obingwa area which snuffed life from Mr. Chimaobi. Two weeks ago, the people in Umuahia South almost burnt down a police station.”

Ginger who until his election into Abia State House of Assembly was the former chairman Isiala Ngwa North LGA in his submission prayed “that the House engages leadership of the Police Command in Abia State on this issue.

“That this House pass a resolution condemning the current siege laid by the Police on our roads, and that the House causes the resolution to be published in, at least, two national dailies,” he said.

Hon. Nwabuisi who informed his colleagues that the dire nature of the road has led to the death of a woman and her unborn baby through MUPI, added that the people of Ikwuano and their Akwa Ibom counterparts have been cut off from each other as they can no longer commute to their respective states through Umuahia-Ikot Ekpene Expressway under its present condition.

“I bring this matter of Urgent Public Importance on the need for the Abia State Government to undertake repairs on the Umuahia – Ikot Ekpene Road.

“This road has gone so bad.

“I want to also put on record that through the intervention of Hon. Sam Onuigbo, this road has been awarded to a contractor again, but even if the starts, I was told that the first phase of this road will be taking from Umuahia Town to Oboro”

“Mr. Speaker, that bad state of this road has led to the death of a pregnant woman and her unborn Child.

“As we speak, there is no road from Ikwuano to Akwa Ibom because this road has been cut off; myself and my constituents no longer have access to the town.”

Nwabuisi in his prayers asked the leadership of the House to urge the Abia State Government to do a palliative work on the road.

“That we mandate the House Committee in Works and Project monitoring to take a tour of this road and report back to the House.”

The Member Representing Umuahia East State Constituency Hon. Chukwudi Apugo in his contribution advised the House of Assembly to call on the Federal Lawmakers representing the area to help in ensuring that the Road is fixed following the stand of the Minister of Works Babatunde Fashola that the Federal Government will not refund any work done on the Federal.

Also speaking, the Leader of the House Hon. Solomon Akpulonu said “the Road we are talking about is in Abia, let’s agree it is a Federal Road, it may not even cost up to N10million to do a palliative work to help the People of Ikwuano”

“Mr. Speaker, we can urge ABROMA to do a palliative work on that road, it may not cost millions”

The Member Representing Umuahia South State Constituency Hon. Jerry Uzosike said “Mr. Speaker, I support this road 100% and for me, the Statement by the Minister of Work is shocking to be and discouraging”

“Mr. Speaker I support this motion and to encourage the State Government even if it means to use the Local Government to get stones and fill those impassable Areas”

The Speaker while commenting on the matters, thanked Onwusibe and his Ikwuano colleague; Nwabuisi for issues that they raised.

Orji said “Yes the Road is a federal government road, but it is not the only federal road, Okpara Square to Imo River is a Federal Road, from Post Office to Bende, Ohafia to Arochukwu, they are all Federal Roads, and I am aware that at one time or the other, there has been palliative done on those roads”

“But it is very shocking that upon all the palliative works done by the State Government, no money has been refunded”.

After deliberations, the House resolved to urge the state government through ABROMA to fix up bad spots on the federal highway through direct Labour.

They also called on the Federal Legislators as a matter of urgency add more pressure to ensure that work starts on most of the federal roads that cross Abia.

This is even as ABHA Speaker, thanked the member for Isiala Ngwa North State constituency for bringing up the matter but said the House will refer the Petition to the House Committee on Security Matters for investigation. 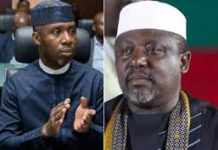 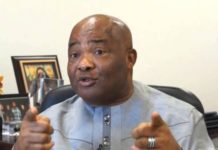