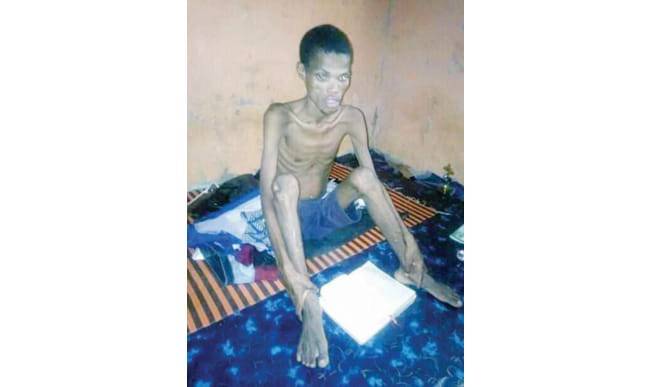 Doctors and Nurses at Alex Ekwueme Federal University Teaching Hospital Abakaliki, Ebonyi State (AE-FUTHA) are battling to save the life of an SS1 student, Ikechukwu Oke who was hospitalized after observing 41-days dry fasting in attempt to rewrite family history.

He had severally complained of hardship in the family and sort assistance from government and private individuals but to no avail.

He hawks sachet water otherwise known as pure water and gala in Onitsha Anambra after every academic term in the school calendar, to raise his school fees; and decided to embark on 41-days praying and fasting to seek God’s intervention.

The 19 year old student of Ishieke Secondary School, Ebonyi local government area of the state, who hails from Ohataekwe in Umuezeokaoha community, Ezza North local government area, collapsed at the weekend after the 41-days praying and fasting which he observed on a mountain in Abakaliki metropolis.

Oke had sneaked to the mountain to commence the dry fasting on 23rd July, without informing his mother and elder brother, Obinna Oke, who lives with him in Ishieke.

Some of his prayer colleagues however hurriedly carried him to the elder brother who consulted a patent medicine dealer who administered drip and some drugs in an attempt to revive him.

A former House of Rep member in the state and an old boy, of Ishieke secondary school, Peter Edeh, who was not satisfied with the treatment, mobilized people to take him to Alex Ekwueme Federal University Teaching Hospital Abakaliki (AE-FUTHA) for proper medicalbm attention.

Edeh said “He is unable to speak, but arrangements have been made to take him to hospital. His mother, a widow, is with him now. On a notepad beside him, he listed some of his problems which include constant spiritual attacks, family afflictions, and other academic and financial problems.”

Sunday Telegraph traced Oke to the Accident and Emergency Unit of the AE-FUTHA where he was being examined by a medical doctor.

Our correspondent was unable to speak with him as Doctors prevented him from making contact with Oke.

But his elder brother, Obinna Oke said nobody was aware of the boy’s action, describing it as shocking and bizarre.

He noted that he wouldn’t have allowed his brother to embark on such “suicidal mission”.

He said: “Ikechukwu is my younger brother. He is a healthy persons and does not suffer any ailment. He lives with me in Ishieke where I do mechanic, he told me that he would like to visit our mother in the village and assist her in her farm activities since school had closed for the term. It was in July that he said this to me and that he will visit our sister in Onitsha Anambra State after helping our mother in the village. He promised to return to me and then left. He has no phone as to enable me to know how he was doing. I decided to go to our village and check on him. When I asked of him, I was told he has gone to Anambra State.

“While I was working in my site at Ishieke, people came to me and said that my brother Ikechukwu has been brought back home and that he was dying. I asked who carried him home and I was told it was two persons who said that they went for prayers at a mountain in Abakaliki and he collapsed, they said he did 41 days fasting and prayer without tasting anything. They told me that on the last day of the prayer, he collapsed and they decided to carry him home after inquiring where he comes from.

“I asked him why he decided to do that type of fasting and prayer without telling me because he is supposed to be taking water or fruit during such long fasting. He said there was no cause for alarm and that he decided to do the dry fasting because of our condition which he had severally complained have gone worst”.

Oke disclosed that his brother wanted to become a Reverend Father, but there is no one to assist him which was why he put him in secondary school so as to join Junior Seminary School after graduation to know if he can actualize his ambition.

On her part, Oke’s mother, Elizabeth Oke said “Ikechukwu Oke is my 5th Son, my husband died in 1996. Ikechukwu’s elder brother my first son, took him from me to assist in training him since their father is no more and things became difficult for us.

“He was enrolled into school by the elder brother. After school closes in any academic session, Ikechukwu always visit me to work for me.

After assisting me in the village, he will move to Onitsha Anambra State where one of his sisters is living. The sister, who is one of my daughters, was adopted by someone and have been in Onitsha. So, Ikechukwu usually go there to live with them and hawk water (pure water) and gala to raise money for his school fees. After hawking the water and gala, he usually comes back to me to inform me that he has returned from Onistha for his studies.

“He had returned for this term and told me that he wants to go to Ishieke to see his elder brother he is living with. He told me that he will still come back to me after seeing him so as to harvest cassava in our farm to process Garri (food) he will take back to school for his feeding. He left his brother after his visit and his brother thought that he h gone back to see me not knowing he went for dry fasting and prayer at a mountain in Abakaliki.

“His brother decided to come to home after expecting him and asked me where Ikechukwu is, whether he was no longer harvesting the cassava for food processing.

I didn’t know he was going for 41 days dry fasting, nobody knew it because we wouldn’t allow him to do such long fasting though he has been doing fasting and prayer but this one is the longest.

“So, people brought Ikechukwu to the hospital and he was dying, they alerted me in the village and I trekked long distance under heavy downpour to come and see him in the hospital. When he was revived in the hospital, I asked him why he did such fasting without our consent and he said we will not allow him to do it if he had informed us. He lamented that things were becoming more difficult for us and he had to do the dry fasting for God’s intervention.

“We are actually suffering; we started suffering immediately I lost their father. Things are very difficult for us, nobody ask whether we exist or not. I usually serve men building houses, I serve as a laboiurer and they pay me N1,400 daily from which I have been using to carter for my children. I almost lost one of my hands while doing this tedious job, it is a hard job. My son, Ikechukwu’s elder brother told me to stop the work but I don’t have means of survival.

“Ikechukwu always complain of our condition and always do fasting and prayer for it. He usually complains that we are not moving forward, no improvement in our poor condition. He started this his prayer in stage when he was 11 years old. We are all Catholics and Ikechukwu belongs to Charism organization in the church, he belongs to various prayer groups in the church while belong to organization. We are all committed in the things of God and we have been begging him to have mercy on us and change our story”. 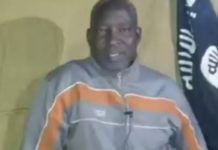 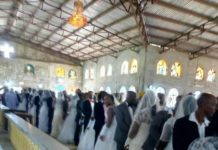