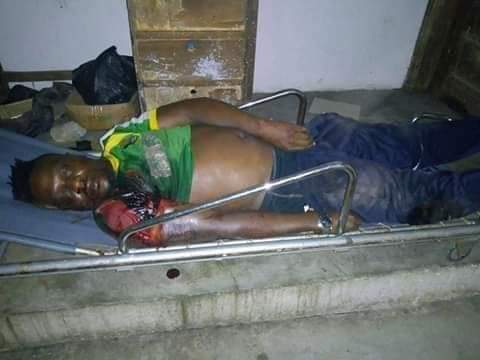 Jacob was gathered to have been killed at Ogbor Hill axis, off the heart of Enyimba city.

While there have been several accounts to the killing, as events leading to his death remain unclear at the time of filing the report, it was learnt that the gunmen after shooting him, made away with his cell phone, some cash  and other valuables.

READ ALSO:   New Nigerian International Passport And The Moment To Call The Bluff Of Fulanization:

Our reporter gathered that the body of the ex-footballer was later deposited in a nearby mortuary located off Umuola junction by Ogbor Hill.

According to friends to the ex-footballer who would not want their names on print, said that deceased after playing his football with some overseas clubs established a football academy where raw football talents were harnessed and linked with agents before his untimely death.

Sources from the security agencies have it that investigation into the matter has commenced.

In another development, a mechanic identified as Ngozi Alozie was said to have been kidnapped in Aba, along Opobo road in Aba.

The gunmen were said to have seized the mechanic as he was driving home in a Toyota Sienna SUV belonging to one of his customers at about 8pm.

The gunmen also reportedly shot his apprentice in the leg and threw him out of the bus and sped off.

The apprentice is said to be receiving medical attention at an undisclosed hospital in the city.

Ogbonna disclosed that another vehicle abandoned by the gunmen was also recovered.