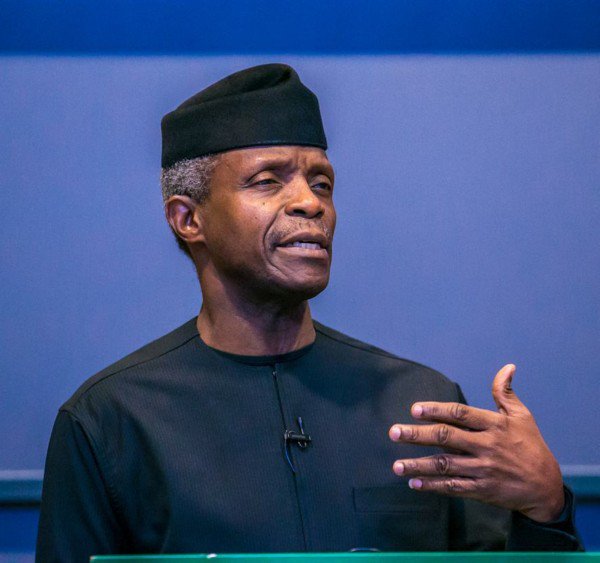 The Vice President of Nigeria, Professor Yemi Osinbajo is scheduled to visit Aba, the commercial nerve of Abia State tomorrow (Tuesday) to hold an interactive session with members of the Aba business community.

It was learnt that Osinbajo had scheduled to visit Aba in order to interact with members of Aba Chamber of Commerce, Industry, Mines and Agriculture (ACCIMA) and entire business community on Thursday, February 14 at Aba Sports Club, but could not come because of his engagement in Kwara State on the same day.

Information has it that Osinbajo would be having the interactive session with the business community at Hotel D Golf off Aba Owerri road by PZ junction, Aba North LGA.

Though Dr. Uche Sampson Ogah, Abia State All Progressives Congress (APC) gubernatorial 2019 candidate flanked by other party stakeholders in the state including Hon. Donatus Nwankpa (APC State chairman), Sen. Nkechi Nwaogu, Comrade Chris Akomas, Hon. Emeka Wogu, Sen. Chris Adighije,  Abia South Senatorial Candidate of the party, Sir Marc Wabara among others told the gathering that had the likes of Abia revered monarch, His Imperial Majesty, Eze Isaac Ikonne assured that the vice President was going to visit the state after the February 23 Presidential and National Assembly election, people in attendance were disappointed that the meeting could not hold.

According to the Publicity Secretary of APC in the state, Comrade Benedict Godson who confirmed the visit of the vice President to our reporter through a telephone interview said that the visit of Osinbajo underscores the level of importance of the Aba business community to the President Muhammadu Buhari’s administration who is determined to ensure that traders in Aba, southeast and Nigeria enjoy ease of doing business in the country.

Godson said that the visit would further ensure that Osinbajo during an interactive session would have firsthand information on some of the challenges traders in Aba who are major importers in the Southeast and the country at large are having which he (Osinbajo) will go back and present to the economic team of the federal government with the aim of addressing them.

“You are aware that the federal government has initiated various policies, plans and programmes to ensure that some of the bottlenecks facing ease of doing business in the country is addressed.

“You are aware of the trader moni programme of the federal government. You are also aware that the federal government recently signed an agreement with Abia State to establish the Economic Trade Free Zone to take off in Ukwa axis. It is expected that the Free Trade Zone will help to promote trade and investment at the Enyimba Economic city.

“You are aware that at the inception of the present administration, President Muhammadu Buhari made it known that he would ensure that local contents were developed and today, farmers in Nigeria are enjoying the policies of the federal government that promotes local content development. Most Nigerians including myself no longer patronize the foreign rice importers. Local rice is the order of the day. Traders producing it have improved on what they produce and the way that they produce them.

“Remember that people kicked against the ban on foreign rice at the initial stage, but today, our local rice is competing favourably with the foreign rice in terms of packaging and its content.

“Ariaria traders have been in darkness over the years when PDP led administration has been in power. But on the number of times that the vice president visited the state, he discovered that traders and producers need electricity to function very well. We are all witnesses to the commissioning of the Ariaria Power project by President Muhammadu Buhari during his visit to Aba. Today, Aba has 24hrs power supply and we are expecting that the multiplier effect of that is that many people will have food on the tables of their families. We are expecting that employment will be provided for more people. Ariaria traders and producers will no longer be disappointing their customers. Cost of production will gradually drop and prices of wears and other leather products will be cheap as well and people of all classes can be able to afford what to wear and use in their homes.

“The federal government is committed towards making Aba truly the economic hub of the southeast. So, the visit of the vice president will afford him the opportunity to interact with the traders and the entire business community which he will forward same to the federal government as they hope to begin their second tenure on May 29.

“I have heard a lot people say so many things when the vice president couldn’t come to Aba on February 14, which was as a result of engagement in Kwara State. We don’t want to engage anyone in any argument. But what I can tell you is that this government under President Buhari is resolute to ensure that traders in the country including those of them in Aba feel the impact of the economic policies of the APC led government and I am sure that Abians by the special grace of God, when an APC government comes into power in the state, they will enjoy more of federal government’s presence in the state.”

Meanwhile, when contacted, some top brass of various security agencies who spoke anonymously to our reporter said that efforts were on ground to ensure that the vice president’s visit was hitch free as various security processes and strategies have been put in place to check against any likely breakdown of law or breach of peace in the state during the VP’s visit. 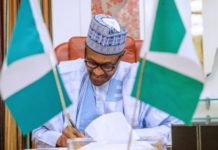