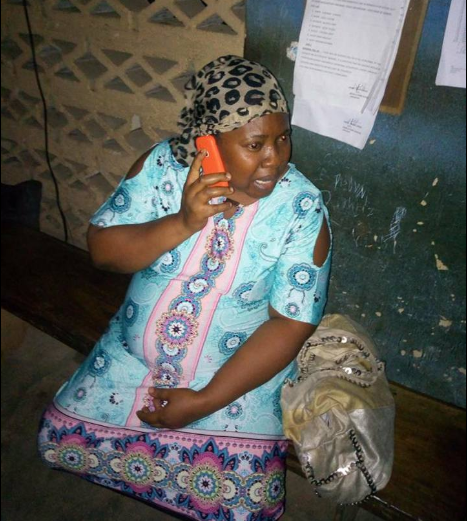 A yet-to-be identified pregnant woman has reportedly being arrested and detained in police custody after she was said to have allegedly burnt her maid’s buttocks with a hot knife.

While efforts are in top gear to ascertain the police station where the woman is said to have been arrested and being questioned, reports have it that the pregnant woman allegedly used the hot knife on her maid as a punishment for “wasting time” while sent on an errand.

It was also alleged that this incident is not the first time this kind of brutal punishment is being meted out on the little girl.

Report has it that due to the woman’s condition, the police granted her bail as they couldn’t have kept her in their facility.

“I plead with every man and woman created by God, that if u are not ready to accept a maid as ur own child, don’t make attempt to take any into ur house.

“Reporting from Abia State is how a pregnant woman with three kids used hot knife on her little maid because she sent her on on errand and she wasted time on the errand.

“That was the second time she put knife on fire and place on the little girl’s bumbum.

“Neighbours saw the little girl walking with her legs open and she showed them wat the wicked madam did to her. The matter was reported to the police, but they have refused to prosecute her because she is pregnant…”

Disclaimer: infonte9ja.com shall not be liable to Opinions, Articles or Features that doesn't emanate from any of its staff and management. We also wish to reiterate that such personal or sponsored opinion, article or feature does not reflect the views of the publishers of infonet9ja.com, but the writer's For publication of your news content, articles, videos or any other news worthy materials, please send to infonetnews9ja@gmail.com | For Advert and other info, you can call 09061217047 or send a WhatsApp Message to 09061217047
READ ALSO:   Stop electing illiterates into public offices-Emir of Kano