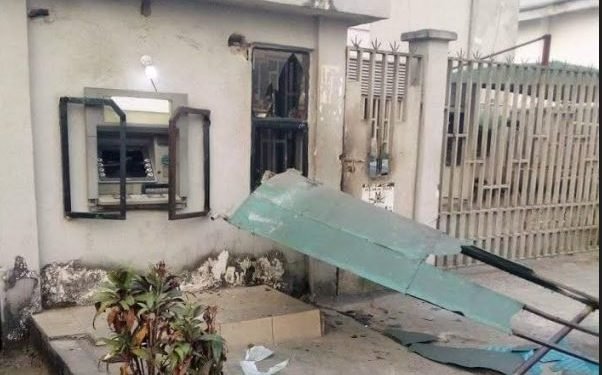 Riot has broken out in Yenagoa, Bayelsa State following the shooting of a commercial driver and two of his passengers by a policeman.

The policeman guarding a new generation bank at the Ekeki axis of the capital city was said to have opened fire on a commercial bus belonging to Peace Mass, a popular transport company in Yenagoa.

The yet-to-be-identified police operative reportedly boarded a commercial tricycle and escaped the scene shortly after wreaking havoc in the area.

It was learnt the bullet, which was shot at close range, pierced through the driver’s head and hit two other passengers, including a suspected member of the National Youth Service Corps (NYSC).

The misfortune incident occurred opposite a Peace Mass terminus while the driver was trying to let his passengers disembark his bus before making a detour to enter the terminus.

Trouble started when the policeman got enraged because the driver stopped the ill-fated bus in front of the bank.

An eyewitness described the shooting as totally unnecessary saying the driver was still behind the wheels of his vehicle when the policeman released the shot.

“We were just in front of here when the policeman started the argument that led to the shooting”, the source, who spoke in confidence said.

He added: “The argument was unnecessary because the driver was just trying to allow his passengers disembark the bus. I heard the driver telling the policeman that he would soon leave the place. But before we knew what was happening, the policeman cocked his gun and shot at him.

“He was lifeless. The bullet hit two other passengers, who were lying unconscious. It was an ugly sight. But the policeman immediately boarded a commercial tricycle and ran away.

“There are about three policemen guarding the bank, but this particular one has been troublesome. He is always aggressive and is always harassing and extorting commercial tricycles here.

“It is very disheartening. The bus came from Onitsha in Anambra State without problems only for this ugly incident to happen at its destination”.

The source, however, said that angry youths started a riot to protest the killing and in the process destroyed part of the bank.

It was learnt that the police deployed a patrol van to stop the escalation of the riot.

When contacted, the Police Public Relations Officer (PPRO) Asinim Butswat, said the policeman had been arrested and taken to the Criminal Investigation Department of the police.

He, however, said the full report of the incident and the circumstances surrounding it would be made public soon.